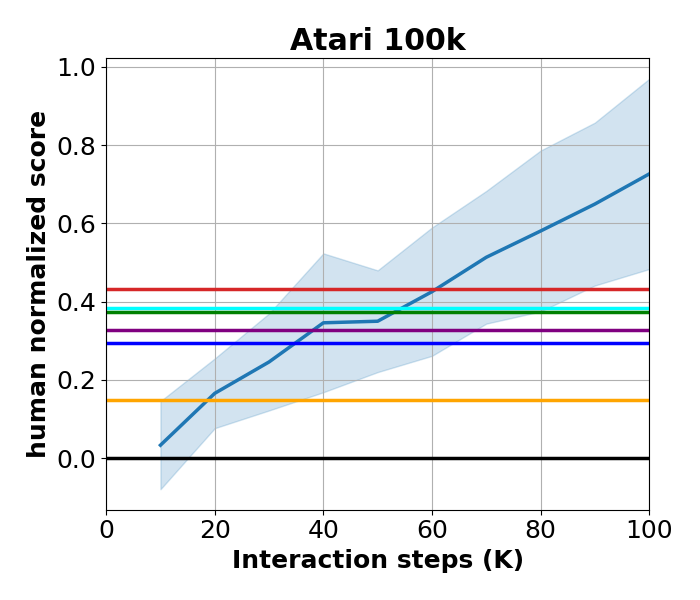 In temporal-difference reinforcement learning algorithms, variance in value estimation can cause instability and overestimation of the maximal target value. Many algorithms have been proposed to reduce overestimation, including several recent ensemble methods, however none have shown success in sample-efficient learning through addressing estimation variance as the root cause of overestimation. In this paper, we propose MeanQ, a simple ensemble method that estimates target values as ensemble means. Despite its simplicity, MeanQ shows remarkable sample efficiency in experiments on the Atari Learning Environment benchmark. Importantly, we find that an ensemble of size 5 sufficiently reduces estimation variance to obviate the lagging target network, eliminating it as a source of bias and further gaining sample efficiency. We justify intuitively and empirically the design choices in MeanQ, including the necessity of independent experience sampling. On a set of 26 benchmark Atari environments, MeanQ outperforms all tested baselines, including the best available baseline, SUNRISE, at 100K interaction steps in 16/26 environments, and by 68% on average. MeanQ also outperforms Rainbow DQN at 500K steps in 21/26 environments, and by 49% on average, and achieves average human-level performance using 200K (±100K) interaction steps. Our implementation is available at https://github.com/indylab/MeanQ.