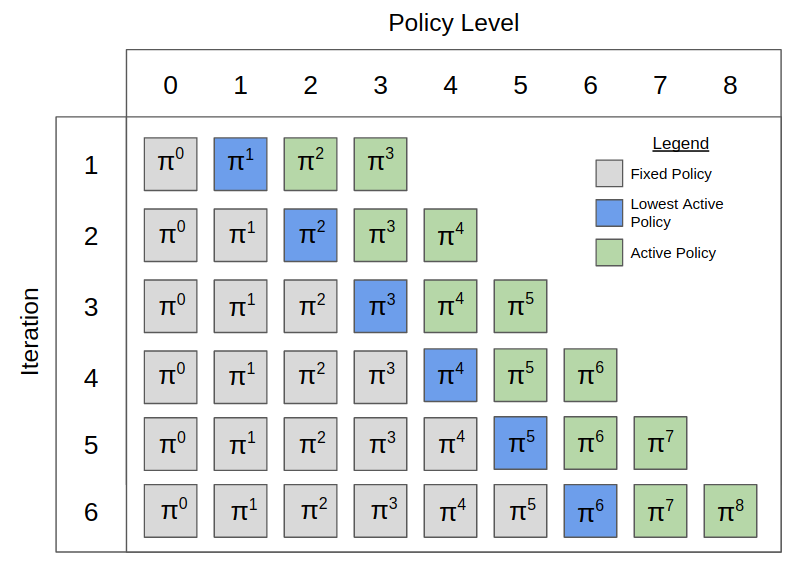 Finding approximate Nash equilibria in zero-sum imperfect-information games is challenging when the number of information states is large. Policy Space Response Oracles (PSRO) is a deep reinforcement learning algorithm grounded in game theory that is guaranteed to converge to an approximate Nash equilibrium. However, PSRO requires training a reinforcement learning policy at each iteration, making it too slow for large games. We show through counterexamples and experiments that DCH and Rectified PSRO, two existing approaches to scaling up PSRO, fail to converge even in small games. We introduce Pipeline PSRO (P2SRO), the first scalable general method for finding approximate Nash equilibria in large zero-sum imperfect-information games. P2SRO is able to parallelize PSRO with convergence guarantees by maintaining a hierarchical pipeline of reinforcement learning workers, each training against the policies generated by lower levels in the hierarchy. We show that unlike existing methods, P2SRO converges to an approximate Nash equilibrium, and does so faster as the number of parallel workers increases, across a variety of imperfect information games. We also introduce an open-source environment for Barrage Stratego, a variant of Stratego with an approximate game tree complexity of 1050. P2SRO is able to achieve state-of-the-art performance on Barrage Stratego and beats all existing bots.